A downloadable game for Windows and Linux

Fiend's Isle is an action roguelike inspired by retro first person RPGs of the 90s. Explore procedurally generated levels, fight monsters, and uncover the secrets of the mysterious island.

The current demo version includes a preview of core mechanics and the first level of the island. If you have any feedback or thoughts, make sure to leave a comment bellow.

Fiend's Isle is in active development, so be sure to add it to follow for updates! 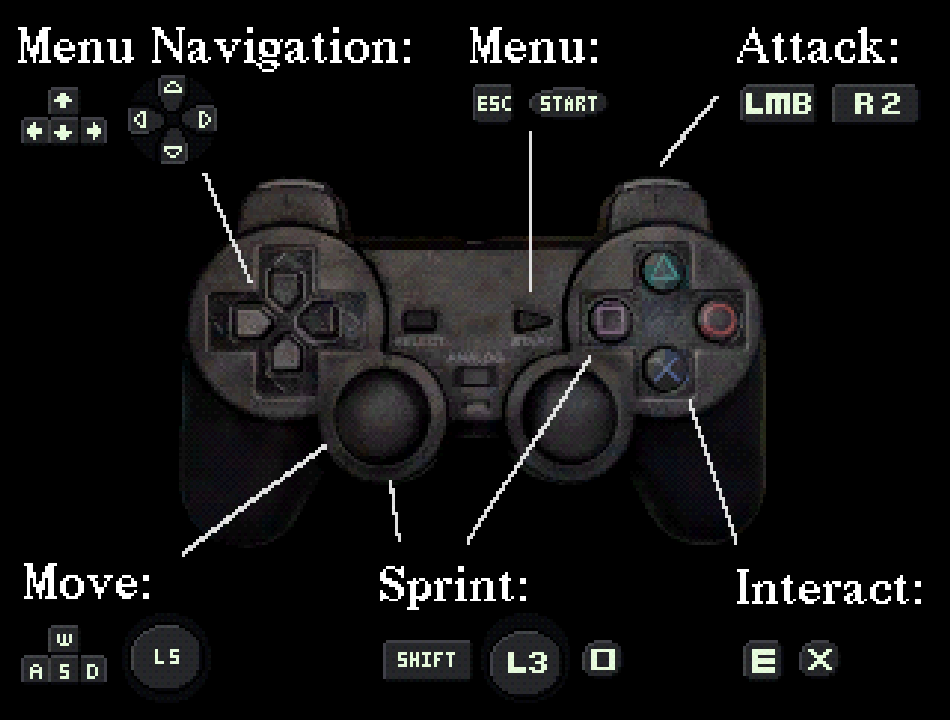 NOTE: If you experience any serious issues like a crash or frozen game, it would be very helpful if you could download the DEBUG build and either take a screenshot or copy the text you see in the console window after any errors occur. Thanks!

would love to see this get a full release

this is sick dude

I really liked this demo for Fiend's Isle. I liked the aesthetic of the game with the PS1 style going for it as well as the game mechanics itself.  There's really isn't a tutorial on how to fight enemies or what the different kinds of items there are in the game, which gives you a hit of dopamine every time you discover something new. I went through the game without knowing that there was a healing mechanic that could have prevented me from dying. I didn't know that you could pick up the patches of grass on the ground and use them to heal yourself, so I kept running through areas with low hp and surviving with my top tier dodging skills.

There are a few issues I had with the game mechanics that kind of got in the way of my enjoyment of the game. The first was with the range of the attacks. Sometimes, I would swing at a slime or skeleton with my dagger, and it would miss so I would try coming closer to guarantee a hit and I would end up taking damage. Also, without some kind of crosshair marking where you're clicking, there is no sense of knowing where the attack is going to land. Therefore, I think adding a crosshair or a dot to mark the middle of the screen along with adding just a tiny bit of range to the weapons would help fix these problems.

Another issue I faced while playing is the UI of the inventory.  I thought I could shoot a skeleton from far away with my crossbow and the switch over to my short sword to finish it off, but I got stuck in the middle of swapping and ended up dying because of it. To make it easier to swap weapons in the middle of combat, I would suggest making the scroll wheel bigger to display more items, since it only displays two at a time, or to make a section dedicated to holding your items and have the display screen for the items to the side.

Overall, I found his to be a pretty fun demo. I understand that this isn't the complete game and that it isn't the finished product. The problems I listed are pretty small and don't do a lot to take away from the enjoyment of the game. If you made it to the end of this to figure out if this is a game worth playing, I think you should try it out.

I absolutly love this, and would love to see more if you decide to keep working on it, you've nailed the feel of a King's Field game while making it a rouge like, and I am in love with It

I hope you can keep up the project, and I would be ecstatic to buy and play it if you make it a full game!!!!!

Hey I really like this demo! If you're still wanting to make it bigger and need funding message me @Stylish_Kira, I'd love to publish it as long as I can sneak some Lunacid references in

and I love it

Congratulations for the amazing demo! I really enjoyed playing it.

how long it is for now? i know its in DEMO but i don`t want to download a short game so i will download it for later. (btw it looks cool)

The demo takes 10-15 minutes to play through. The full game is on hold while I try to figure out how to pay for it's development.

game looks good watching people play it, but for some reason every time I open the game on any version i just get a perma black screen with game audio

Did you try the debug build? There should be a console window that pops up with any errors you might be having.

No worries! The debug build should have a separate window that pops up, you probably need to alt tab to see it. It will list any errors. Are you sure you extracted all of the files in the zip?

WARNING: _update_root_rect: Font oversampling does not work in 'Viewport' stretch mode, only '2D'.

WARNING: _notification: World already has an environment (Another WorldEnvironment?), overriding.

None of those errors should be causing the issue you're describing. Sorry, I don't know what's wrong :/

i have completed the demo.

what's the difference between the DEMO and DEBUG? I want to play the latest update but don't know the difference. I'm a noob with computer stuff so pls help me

The debug version is just for bug reports, they both have the same content.

This reminds me exactly of King's Field for the PS1. Very cool. I wish you the best of luck in creating this.

The gameplay is surprisingly rhythmic which makes fights interesting. Also this game really does give off the feeling of an old game much more than most games I've played.

Well would ya look at that. I've been curious if anyone had made an indie game that was inspired by the Kings Field approach to dungeon crawling. But now I find a game that succeeds in imitating its entire aesthetic. That is awesome.

I've played on the demo disc, dude it's so nostalgic, u really did captured the feeling from the King's Field series, my only complaint is that bow is freakn stroooong, everything else was so freakn good.

never played king's fields and not sure if that would be a good idea lol, so this was nice. i struggled with the controller but once i switched to M+K it was great! love this

how do i launch it on chromebook

This game isn't available for chromebooks. Either install windows on it or play the game on some other hardware.

This game has serious potential. I haven't played a first person dungeon crawler before so this is a first for me! The combat is pretty simple. Since this game is still in development and not the final product you guys did well! Can't wait to see the full release.

The combat is too simple. For an action roguelike, that's a bad thing. There are definitely some systems here that could be good but the game relies too heavily on its aesthetic, and without it, gives no reason to play it

The game is being based off of and inspired by old games like King's Field and Shadow Tower, where the combat was very simple. I don't think very much is subject to change, but I may be wrong.

This game was great, and way too addictive for how frustrated i was at the start, but please raise the stamina limit for the full release. I didn't feel that it was part of the difficulty, you just moved way too slowly.

It is very interesting and nostalgic! Great job!

Just finished the demo and I love the atmosphere and simplicity of the experience! I definitely am excited for more.

This game excited me so much I had to make an account.  I've been tinkering in Godot looking to make something similar but with a set world and narrative focus. I think the idea of Kings Field with less clumsiness & jank is very appealing. It's executed very well here.

My only feedback is that the crossbow viewmodel takes up a lot of the screen,  and kinda feels like I'm playing Quake.

I think some lighting nodes and torches would go a long way, I understand that wasn't your priority for this build and it may be not OG Kings Field enough for what you're going for

Overall, I'm salivating for the release!

Thanks for playing! I definitely plan to experiment with some more lighting effects, I agree some torches could look really good!

The intro section is so true to King's Field 2, I thought I opened up an emulator and was playing it. I even went looking for the NPC by the docks. You absolutely nailed the feeling of King's Field, but is so much more playable. I can't wait for full release. I'm also amazed this was made in Godot!

Ah yes, I wish I had gotten an NPC into the demo... Maybe in an update soon 😉

When will the Steam version of the Demo be available?

I'm working on an update that fixes some small bugs and tweaks a few things. Once the update is ready I'll submit the build to steam. Should be before the end of the month!

Thank you for the detailed feedback :D. Your observations and ideas are pretty inline for what I have planned so stay tuned!

Reply
Sticker the picker1 year ago(+3)

6 words about this awesome game:

Excellent game. Weirdly I couldn't open the final door. Was it because I missed the well? Either way, I basically beat it lol. Cool stuff. I really liked the retro feel and music.

Thanks for playing, I'm glad you enjoyed it!

You didn't do anything wrong, unfortunately there's a bug where it's actually possible to stand **too** close to the door causing the interact collision to clip through the trigger 😅. I definitely certify it as a win.

Very cool job, focused on the essential. The ambiance is very good, calm and spooky. The saws got me but i enjoyed the game ! 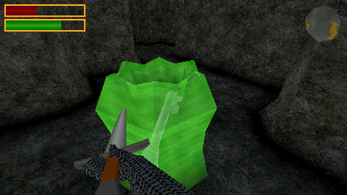 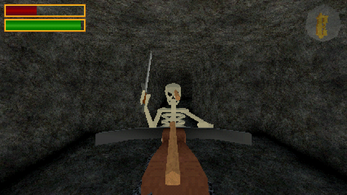 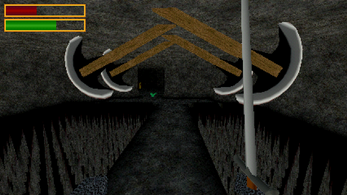 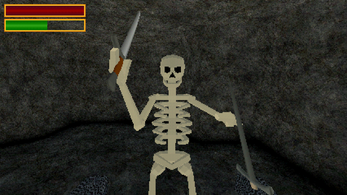 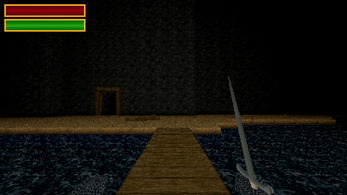 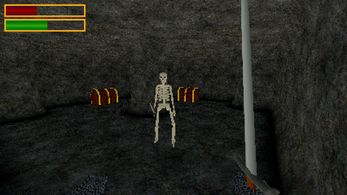 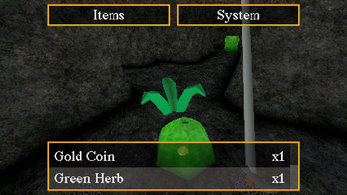